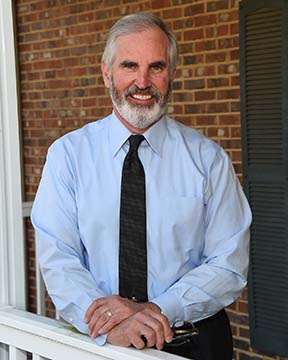 Dr. Nichols is a native of Birmingham and attended  Florida College, The University of South Florida, and The University of Alabama Birmingham School of Optometry.  Graduating in 1981, Doctor Nichols and his family moved to Albertville and assumed the practice of retiring Doctor J.F. McLendon.

In 2011, Dr. Nichols was among the first in the nation to achieve certification from the newly formed American Board of Optometry

An avid outdoorsman, Dr. Nichols especially enjoys hiking, camping, and waterfowl hunting. He is also active in his church as a deacon and class teacher. He has appeared in numerous community theater productions and often works behind the scenes as a scenic artist. He and his wife Lei Ann live in Guntersville.